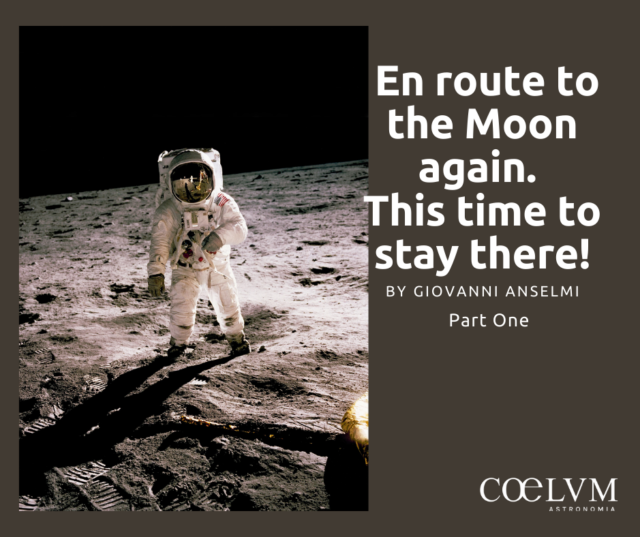 The journey to the Moon is surely the most extreme ever undertaken by a human being.

It is incredible to think how the Apollo astronauts managed to reach our satellite aboard a spacecraft which on board computer had the computing power of a pocket calculator.

Despite the technological limitations of the time, they were able to demonstrate the feasibility of a journey until then considered impossible. Today, more than fifty years later, with Artemis 1 we are preparing again to make this incredible crossing.

We will use the same trajectories born in that golden age of space exploration, but we will have the support of much more advanced knowledge in the field of astrodynamics that will allow us to exploit in a much more efficient way the gravitational laws of orbital mechanics. And in the near future, such a journey may become less and less exceptional, and more and more normal.

But never entirely easy and without danger!

Unlike atmospheric flight, space flight is in fact characterized by extremely limited freedom of movement. If an airplane can reach the same destination by making hundreds of different routes, the routes to the Moon are much less. The reason is that the motion of bodies in space is bound to very precise laws dictated by gravitation.

Exploiting these laws, the engineers of the Apollo program studied in the sixties, for the first time, the transfer trajectories to the Moon that are still used today. But the Artemis Mission will travel new ones.

Believe me. It will be a return to the “Apollo Spirit”, it will be something formidable, not to be missed.

So what would you say, in order not to be caught unprepared by the events and to follow at best a three-week space adventure, to do together a nice review of all phases of the mission?

The exact day we do not know yet, but now we are sure to be in the home stretch. Whether it will be in next December or January, soon will finally start the mission that will open the doors of human exploration of the Solar System.

From Launch Complex 39B at Kennedy Space Center is in fact about to be launched Artemis 1, which in addition to being the first mission of the Artemis program, will also be the first flight for both the heavy Space Launch System and the Orion capsule.

Precisely because of the need to still test these means, onboard Artemis 1 there will be no astronauts. As a result, life support, displays, and control instrumentation have been removed from the capsule. In its place have been inserted sensors and scientific instruments capable of detecting every single parameter inside the capsule, such as radiation levels, pressures, and temperatures. Onboard, however, there will be dummies, on which sensors are placed to monitor all the levels of radiation they will undergo.

The name chosen for the main dummy (“Commander Moonikin Campos”) pays homage to the famous engineer of the Apollo 13 mission, the one who played a key role in bringing back safely to Earth the astronauts Jim Lovell, Jack Swigert, and Fred Haise, after an explosion in the service module not only thwarted the moon landing but also put a strain on the simple re-entry.

Moonikin Campos will wear the same spacesuit that will be used by the astronauts and will be equipped with a series of sensors that can measure several useful parameters, such as the values of acceleration during the various phases of the trip, the vibrations to which the crew members will be subjected and the level of radiation. Campos will not be alone, to keep him company there will be Zolgar and Helga, two human torsos similar to those normally used for simulations of ballistic trauma.

The service module, which will provide propulsion, electrical power, temperature control, and life support to the crew module, will be developed by the European Space Agency.

The Space Launch System rocket is designed for missions carrying crew or cargo to the Moon and beyond, and will produce 4 million kilograms of thrust during lift-off and ascent to carry a vehicle weighing 2,700 tons into orbit.

Lifted by a pair of boosters and four engines, the rocket will reach its period of maximum thrust within ninety seconds. After throwing the boosters, service module panels, and launch abort system overboard, the main stage engines will shut down and the main stage will separate from the spacecraft, consisting of the Orion capsule, the European Space Agency-provided Service Module, and the rocket’s second stage (the Interim Cryogenic Propulsion Stage). The ESA module is placed under the actual capsule, and will accompany it throughout the journey to and from the Moon.

Only before Orion returns to Earth this module will be undocked. Inside are the capsule’s main engines, gas and propellant tanks, and various secondary engines. The Space Launch System will bring the Orion capsule, together with the second stage and into a parking orbit at an altitude of about 200 km. After a couple of revolutions around the Earth, at the appropriate time will be deployed the solar panels and then turned on the engines of the second stage, which will produce an increase in speed that will allow the spacecraft to leave the parking orbit. This maneuver is called Transfer Lunar Injection and it will bring the spacecraft on the right course towards the Moon. 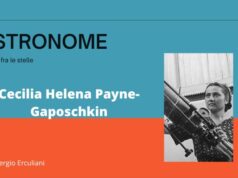 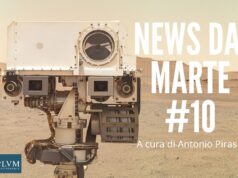 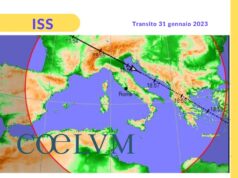